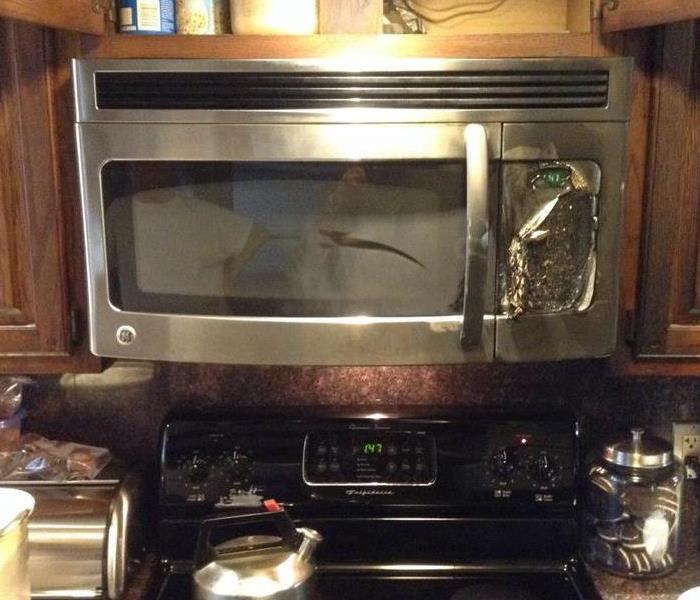 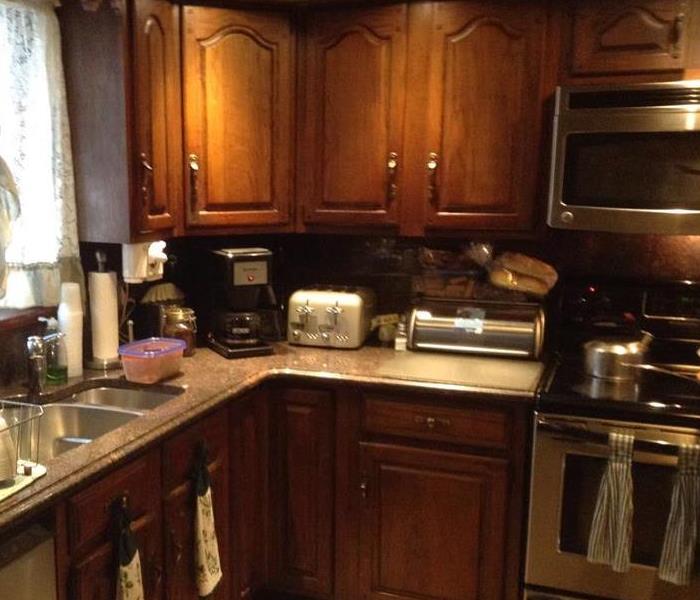 These days a Microwave oven can be found in most homes. While they  are generally safe to use, sometimes disaster can strike without warning.

A family member was warming up a biscuit on a plate in this photo. The biscuit caught fire inside the oven and the flame broke the plate in half before extinguishing itself (thank goodness). The whole house was permeated by smoke and soot. Because the biscuit was completely dried it was enough to catch on fire.

The homeowner contacted SERVPRO of Stoughton/Sharon at 781-341-1946 to clean the fire loss. She told the technicians that there was so much soot in there she couldn't see how they would be able to clean it all. When the technicians finished after a couple of weeks, the homeowner was elated, her kitchen looked and smelled fresh as if no fire had happened.