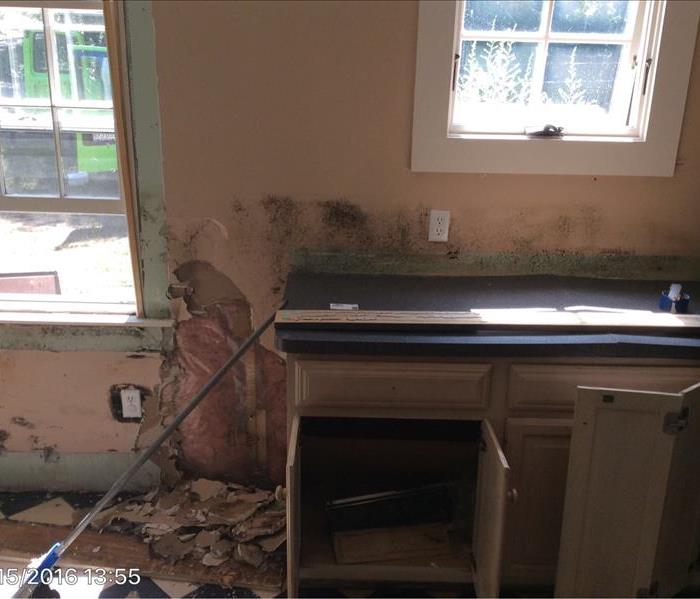 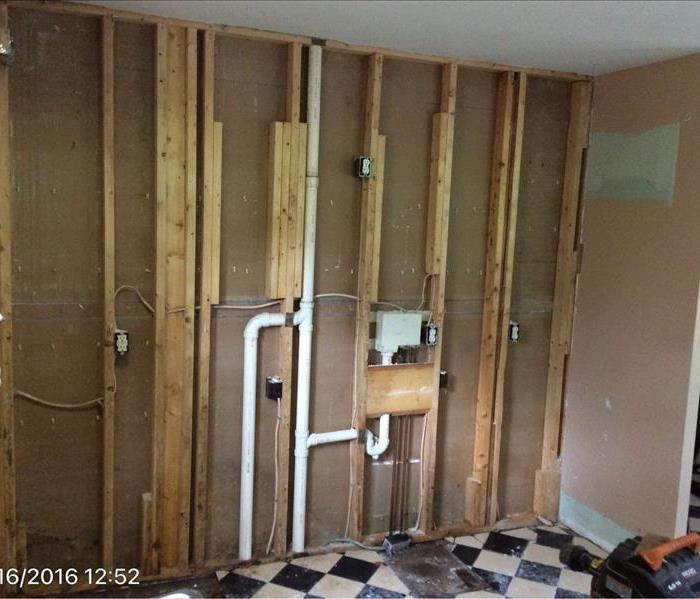 During the renovation of this kitchen, the contractor had discovered what appeared to be mold. They contacted the homeowner right away.

The homeowner contacted SERVPRO of Stoughton/Sharon at 781-341-1946 to remediate the loss. The technician had arrived as previously discussed with the homeowner. After the assessment a game plan had been born.

The crew arrived with air scrubbers and the cleaning product needed to clear the kitchen from mold. The homeowner doubted that the mold could be removed as discussed, but as the crew moved forward he could see the extinction of the mold.  When the crew had finished the homeowner gladly signed the completion form. He was another satisfied customer.